After a delicious dumpstered breakfast provided by our hosts, we started the day with a quick action at Lüneburg’s university. Cooperide handed over a part of the Parisian ‘Red Lines’ to the environmental officer of the university´s student government – a lasting present that will inspire future students to join the fight for climate justice from its place on the walls. 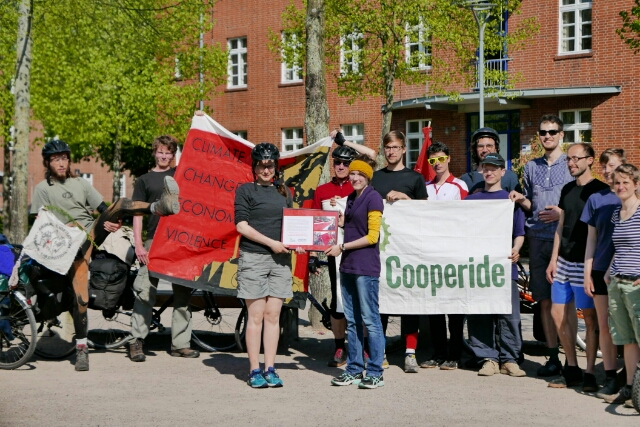 Then it was high time for us to hit the road. Newly joined by two bike enthusiasts from Lüneburg we were a total of 14 cooperiders on the fourth day of our journey. We biked a demanding, but amazingly beautiful and sunny, stretch of 75 km into the heart of the German anti-nuclear struggle. 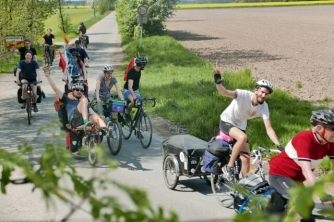 In Gedelitz our new hosts warmly welcomed us. Holding a big banner used during the first round of ‘Ende Gelände’ in 2015, they were a great symbol of solidarity between movements. Many of the anti-nuclear activists that have made such a difference in decades of struggle against the planned nearby nuclear waste facility now see coal as the next big challenge. And we agree, coal and nuclear are two sides of the same dirty coin. Of the old type of energy production that ignores its consequences, and that we are here to stop for.